What the bible says?…

Be glad for what you have:

Know where your home truly is and what its for: 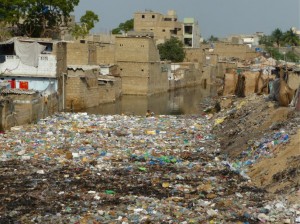 Global slums – It is estimated that there are nearly 1 billion people living in cities without adequate shelter and basic services. Studies of slums suggest that women bear the brunt of problems due to inadequate housing and insecure inheritance rights. In Kenya, for example, slums are “often home to thousands of women who were driven out by inlaws, away from their rural and urban homes and land, after the death of their husbands..” Source: UN Habitat

Refugees – A refugee is someone living outside their home country and unable to return due to fear of persecution because of race, religion, nationality, or political opinion. There were 15.2 million refugees around the world in 2008, including 4.7 million Palestinian refugees. It is estimated that 80% of refugees are women and children. With climate change and natural disasters there are also increasing numbers of ‘environmental refugees’. The UN says there are 50 million such refugees in 2010 and this will tripple by 2050 due to flooding, drought and other climate-related events. Sources: Refugees International and UN Environment Programme

Internally Displaced People (IDPs) – An Internally Displaced Person is the formal term for someone who is forced to flee their home due to conflict and natural disaster, but, unlike a refugee, remains within their country’s borders. This is a major issue in countries like Azerbijan, Colombia, Democratic Republic of Congo, and Iraq. More than 27 million people are thought to be IDPs globally and with growing environmental and political instability this is increasing each year. Source: IDPM

Problems at ‘home’ – Homelessness and poor housing is a problem in the UK, with some 60,000 people recognised as ‘newly’ homeless in 2009/2010 and an estimated 1300 ‘rough sleepers’ in England. The number of ‘newly’ homeless people has fallen by two thirds since 2004, however, when over 190,000 people were listed, showing steady progress in tackling this difficult issue. Source: Poverty UK

Climate change, homes and fuel poverty – ‘Fuel poverty’ refers to households who have to spend more than 10% of their income on energy. Fuel poverty is often linked to low incomes, poor housing quality and energy inefficiency. Some 2.8 million households in England were classified as being in ‘fuel poverty’ in 2007 (13% of all households). UK homes contribute nearly half of the country’s carbon footprint (40%). The UK Government’s target of 60% reduction by 2050 will require upgrading of existing buildings with much greater focus on making homes more energy efficient and using renewable sources. Sources: Poverty UK and EST 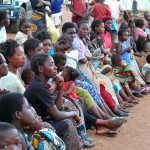 Thinking globally – Global instability and homelessness are massive challenges. We can support our government, the United Nations, as well as charities like Homeless International and Habitat for Humanity who are trying to address these problems, through aid, especially targeting women and the young, as well as through serious commitments to support long term stability and sustainable development.

And locally – In the UK we can support charities like Crisis and Shelter. Its also worth remembering our local councils and housing associations are working to help provide people with adequate housing (CLG)

Get energy efficient and cut your bills – The Energy Saving’s Trust has heaps of ideas to save energy and save money. Give your house a ‘Home Energy Check‘ and you could save some £250 – £300 a year on energy bills and around 1.5 tonnes of carbon dioxide.