Hearing our own voices?

Hearing our own voices? 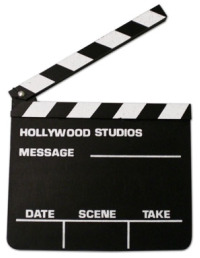 A quick post to point you to a great article well worth investing a few minutes in if you’ve any interest in how faith interacts with culture – films, in particular.

Krish Kandiah has the thoughtful piece called Hollywood and the Holy Word over on his blog.

He helps unpack how God is revealed in culture – by the intention of cultural ‘authors’ and unintentionally – and gives some great examples from film of how his four different ‘types’ cash out in practice.

If you’re new to discussion of culture / theology, you might find bits of it hard-going initially (in terms of the language used), but it’s worth persevering with – and the illustrations he picks from contemporary films help make concrete the theory he’s describing.

Might be an interesting structure for Soul Review having their discussion next week about the controversial film “Four Lions” they went to see recently!